It’s no news that mobiles with touchscreen device are slowly overtaking the traditional personal computer and laptop use. When you’re in a public place – the airport, mall, or a café – take a look around you. What do you see people using? You might see plenty of smartphones being tinkered on or a number of tablets. Some businessmen may be using their laptops but we have to admit it – other than the portability of touchscreen devices, these proved to keep you productive as it almost have the same functionality of a PC or a laptop.

With these information, it makes sense to develop applications that are designed for touchscreens, especially since more people are getting accustomed to these types of devices. For example, at least 74% of users surveyed have used smartphones to get directions to store locations and other business information. For a business, it makes sense to create versions of its product tailored for touchscreen devices. Major technology players have taken a lead to this trend, including Microsoft, Google, and Autodesk. Both Microsoft and Google developed applications to create and manage documents using smartphones or tablets. Meanwhile, Autodesk developed design apps that works on mobile, including 123D Circuits, 123D Creature, and 123D Design, among others.

That’s why with our document imaging system, Enadoc, we especially made sure that its features are designed for both mobile and web. By designing for all interfaces, we cover all the user types and the devices they use.

The main feature of Enadoc designed for touchscreens is the Tag Cloud:

The tag cloud is a visual representation of all the tags associated with documents, which simplifies the whole document indexing process. By clicking a keyword on the tag cloud, the process narrows down to the related tags. Both clicking with a cursor or touching a keyword can be done, making searching easy on smaller screens such as smartphones and tablets.

Viewing and taking actions on documents are easily done with the buttons visible on each document. The zoom function is visible on the right side wherein the user can just drag the button upwards or downwards to zoom in and out. 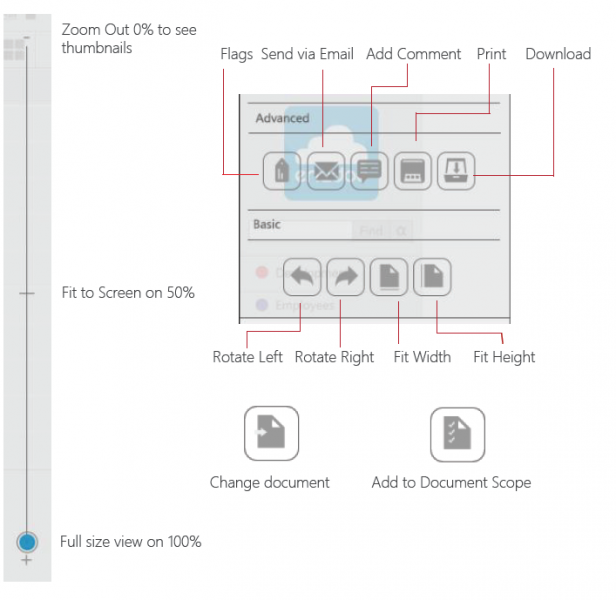 To access Enadoc on smartphones and tablets, an Internet browser should be used to enter the URL. Below are some screenshots of Enadoc in mobile: 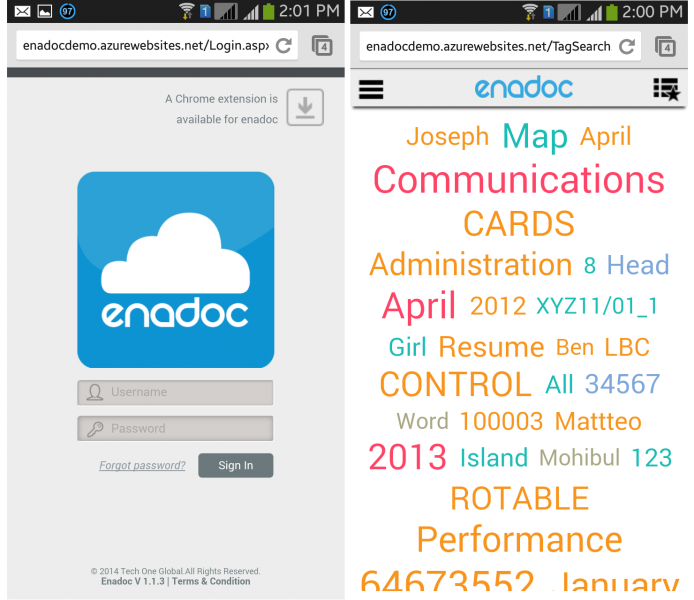 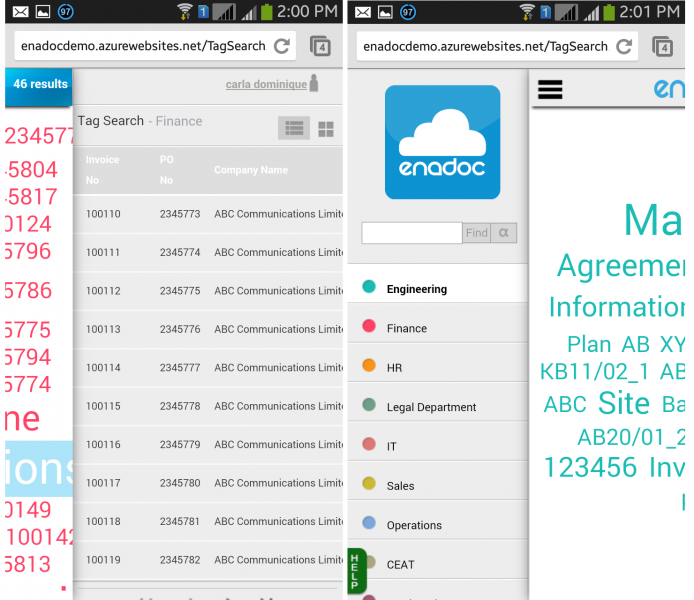 For more information about Enadoc and its features, visit our main website: www.enadoc.com.