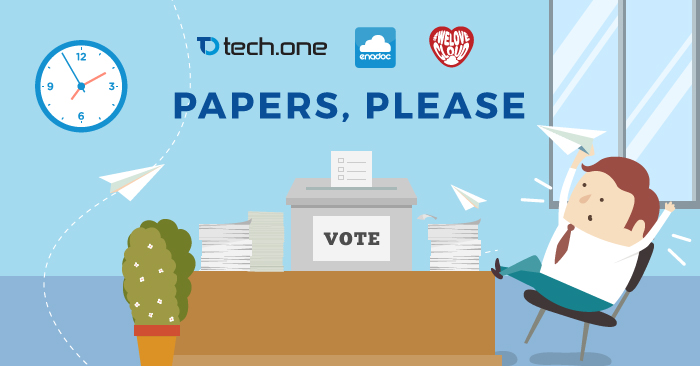 “Election day and it’s so hot outside, I wish I don’t have to wait so long just to cast my vote”

In the Philippines, the election is one of the busiest time of the year and with it over and the proclamation of a new President just around the corner, let’s take a look back at the colorful path that the Philippines has taken: the 2016 National Elections.

Thought of the day: Would a paperless election ever come?

According to internetlivestats.com, there are approximately 23 million Filipinos using the Internet during the 2010 elections.

Today, that number skyrocketed to 49 million, which is almost half the number of the Philippines’ total population and 6 million away from the total list of voters which is approximately 55 million (Comelec) – that’s astounding.

These show that a big chunk of the voting population has access to the Internet and that a possibility for a paperless election exists – you do not even have to look too far for a similar example of how a paperless election would work. Just take a look at social media; aside from ruined friendships and the flying arguments here and there, take a look at its other aspects – the stats.

Professor Cabalza, a political anthropologist and senior lecturer at the University of the Philippines – Diliman, emphasized that social media’s power is to give the public power to immediately react which can make or break a candidate in social media (inquirer).

It definitely showed how fast it reacts; take Twitter for example and its trending statistics – an issue about a candidate directly corresponds to the latest trends; trends can often be seen “eating” other trends every time a new issue pops out in forms of number of tweets and the count of how many people are talking about a topic at the moment.

That’s a tallying system in itself. It may not be an official tally of votes but right there is a concept of how a system can have the ability to count items through the use of technology and reflect the will of the masses.

We now have the foundations: a good chunk of the population with access to the technology and the technology to support the concept of paperless tallying.

Today we have the VCMs (Vote Counting Machines) that definitely reduced the risks of elections by tallying physical paper ballots by scanning them and making digital copies. Now we do not have to deal problems such as missing ballots or uncounted votes, but we still have to deal with the clutter that these paper ballots did.

But what if it’s possible to completely do away with paper ballots?

Take the first two points (concept of the technology and access to it) and couple that with proper implementation and preparation and see the clutter go away. The Commission on Elections can even invest on computers specifically made for voting or outsource to technological companies that have access to a batch of computers with access to the Internet and use them during times of elections to allow the voters to encode their votes instead using paper ballots for scanning and tallying them one by one.

A paperless election will make everything faster – votes will be counted directly after encoding them and are no longer needed to be scanned from paper ballots one by one. It will also eliminate any use of paper, there would be smaller room for human error, and going full digital means a complete back up for each and every vote.

And come on! Imagine all the trees you can save with a paperless election.

This is the power of a paperless election – a fast, efficient, secured, eco-friendly and stable election for everyone.

It may seem like a dream for now, especially with the recent security breaches on the official government websites recently and the overall state of our technological resources as a country.

But with proper preparation, studying, and implementation, a paperless election doesn’t seem like far-off dream.

“Duterte is most talked-about presidential candidate on facebook” CNN Philippines.